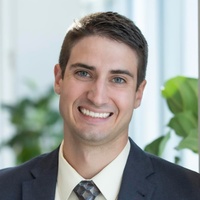 Eric earned his CERTIFIED FINANCIAL PLANNERTM (CFP®) certification and Chartered Retirement Planning Counselor (CRPC®) designation and has been in the financial services industry for over 10 years. He has been awarded the FIVE STAR WEALTH MANAGER by Five Star Professional as seen in Mpls. St. Paul Magazine and Twin Cities Business magazines five years in a row from 2018-2022*.

He believes that each client has a story. He listens to their goals, values and priorities and works with them to align their finances with what’s most important to them. He takes an educational approach to working with his clients to help them understand their financial life both now and into the future.

Eric loves spending time with his family, his wife Crissie, and two kids, Peter and Adalyn. In his free time, he enjoys being outdoors with friends and family, playing softball, or golfing.